“Cold lamb is delicious,” my daughter announced at dinner last Thursday. On Wednesday I had filmed two cooking videos about Easter lamb, the first about how to buy and the second about how to properly roast, and the roasting part of the instruction resulted in leftovers. On Thursday, we tucked into those.

Yes, cold lamb is delicious, something I too believe and which Thursday’s leftover supper confirmed. I baked a batch of pita breads, whipped up some tzatziki sauce, and took thin slices off the cold boneless leg of lamb for homestyle gyros. Roasted just right the day before, the lamb was buttery tender, its sweet and somewhat grassy flavor enhanced by the parsley and garlic in the sauce.

But as delicious as the sandwiches were on Thursday, the lamb was not gone by Friday night. Alas, the pitas were, as was the opportunity for another supper of gyros. What to make instead? Cold lamb on a plate was certainly an option. But thinking of something more to do with leftover lamb seemed the better option. With four baby bok choy and a length of fresh ginger in the vegetable crisper, I left the Greece/Turkey influences behind and headed further east, in the direction of Mongolia where lamb and vegetables and Asian spices combine quite commonly in hotpots, or simmering soups.

More stirfry than soup and with no claim to being authentically Mongolian, the resulting lamb and bok choy was nonetheless delicious. We loved it. And you might too, a day or two after Easter when you are wondering what to do with your own leftovers. 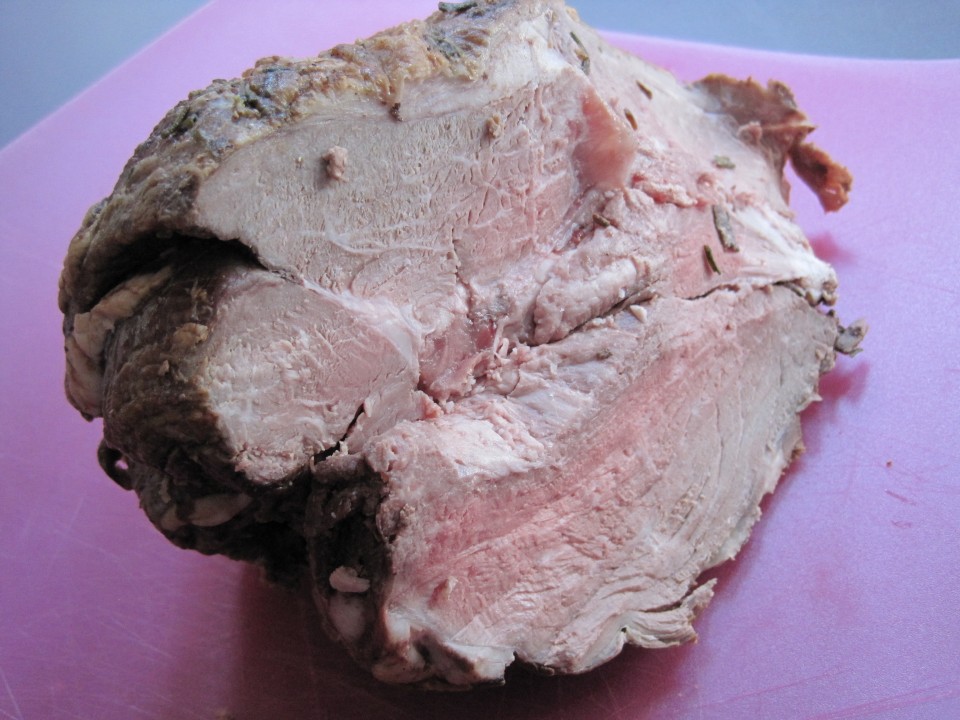 Stir sherry and cornstarch in small bowl to blend. Mix in the soy sauce, molasses, and chili sauce with a whisk and set aside.

Clean the bok choy and trim off the root end while leaving the bulb intact. For small bok choy, cut the dark leaves from the bulb and cut the leaves into ½-inch wide ribbons.

Cut each bulb end in half and then into quarters. Keep leaves and bulbs in separate piles and set these aside. (If using larger bok choy, cut the leafy part into ribbons as described above, and cut the bulb ends crosswise as you would cut celery, also in ½-inch wide strips. Keep separate and set aside.)

Heat the oil in a large skillet set over high heat. Add ginger, garlic, and onion slivers. Sauté until they begin to soften but not brown, about 1 – 2 minutes. Add to this the quartered bok choy bulbs and stir. Cook while stirring occasionally until the bok choy begins to get tender but not soft.

Add to this the bok choy leaves and cook, stirring occasionally, until the leaves wilt slightly. Next add the lamb and stir until it is warmed through, about two minutes or so.

Stir the sherry mixture in the small bowl if it has settled and add this to the skillet. Bring the mixture to a simmer, and continue to simmer until the sauce thickens and gets clear. Stir often while cooking for another two minutes or so.

Serve the lamb and bok choy with white or brown rice or buckwheat noodles (soba). 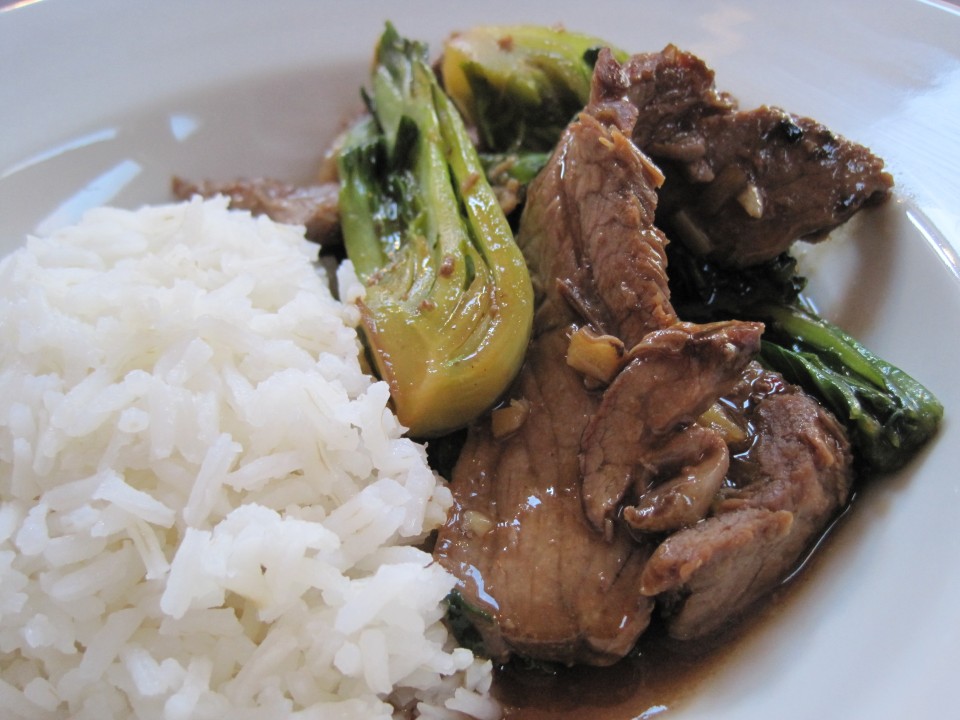 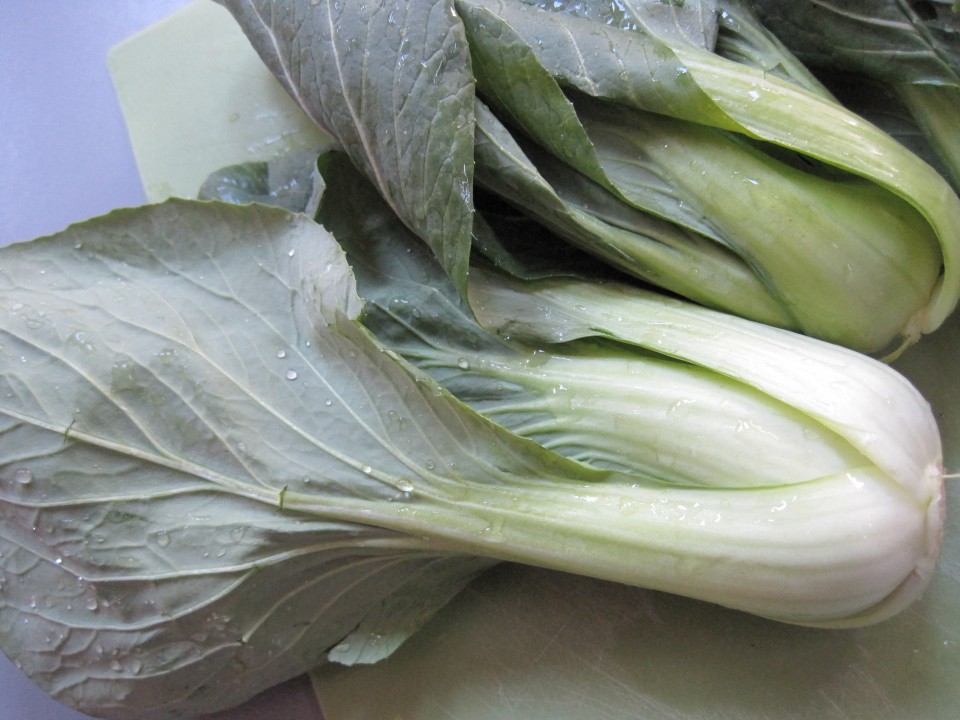