Mildred Pierce, Pies, and Me 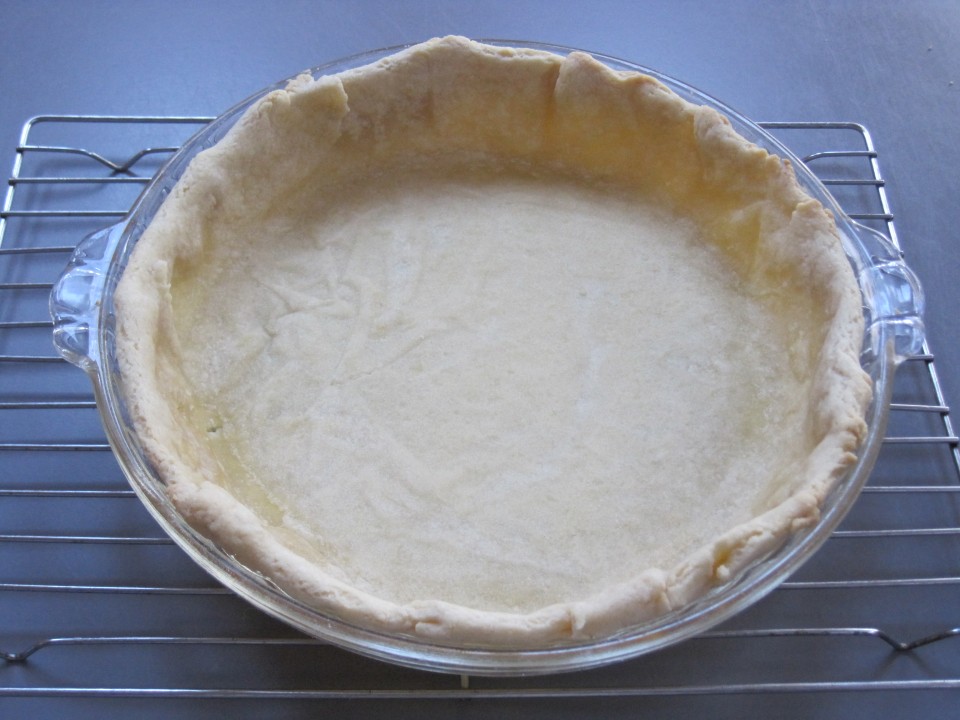 Have you ever seen the 1945 movie Mildred Pierce?  The film starring Joan Crawford is based on James M. Cain’s noir novel of the same name, and like his other equally famous, equally noir works (The Postman Always Rings Twice, Double Indemnity) it tells a dark story indeed.

Mildred, separated from her husband, needs to quickly find work to support herself and her daughters.  Without a resume, Mildred takes a job as waitress, although she hides her blue collar employment from spoiled, demanding, snobbish, social climber of a daughter, Veda, thinking (rightly so) that Veda will look down on her own mother.  As only happens in these kinds of sensational stories, Mildred goes from waitress to successful pie baker and finally to wealthy restaurateur, true rags to riches, in no time.

I love this scene where Mildred begins to realize how successful her pie scheme will be.

But those are the happier days in Mildred’s life.  As so often happens in the noir genre, everything comes at a cost: Veda finds out about her mother’s humble work and despises it even as she reaps its benefits.  Veda sets out to humiliate her mother in a big way, and succeeds.  In a very big way.

Mildred Pierce has been recently remade and is currently airing as a mini-series on HBO starring Kate Winslet.  Seeing the ads in my morning newspaper has brought back to mind both watching the movie about Mildred when I was younger, and her pies.  Baking pies, selling pies, becoming an overnight pie selling sensation appeals, especially as college tuitions loom and a little extra income would be welcome, though thankfully my home life is so vastly different – happier !– than Mildred’s.

No matter what the circumstance, however, entrepreneurship is a good thing.  But unlike Mildred, I wouldn’t spend much time wringing my hands over what anyone else might think about me being up to my elbows in flour.

Also unlike Mildred, I think I would concentrate on savory pies, concoctions like tonight’s Spring Green Quiche: a short and buttery pastry shell studded with several different bright green vegetables bound together in creamy custard.  Who knows?  When you swing by, you might find me selling quiche out my front door, building my savory pie empire, once slice at a time. 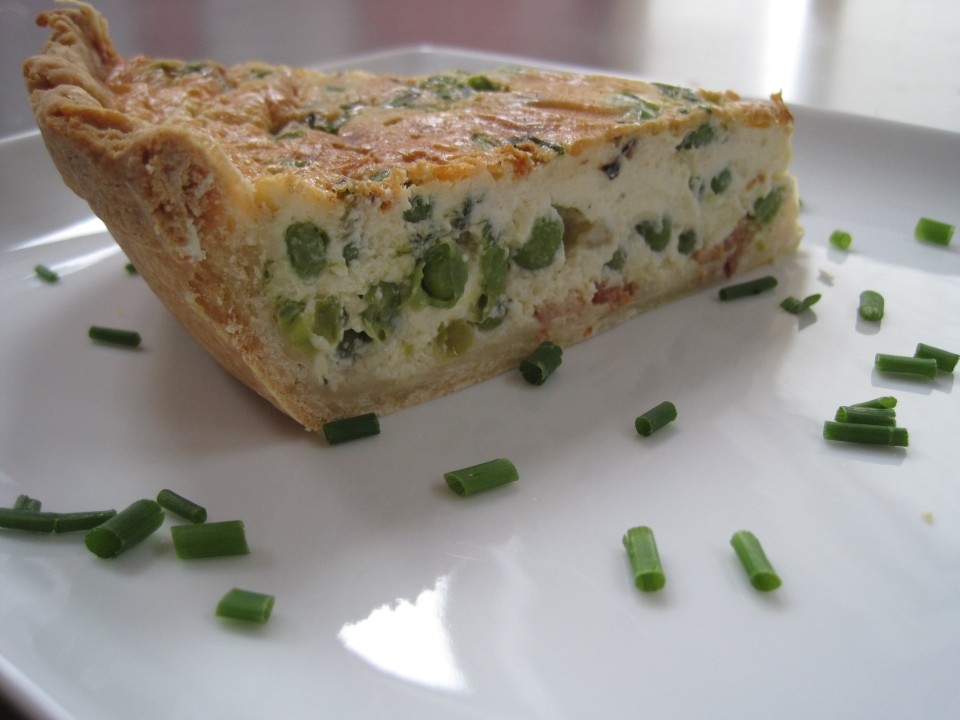 Preheat oven to 425 degrees.  Prepare pastry as directed and roll it out to line a 9-inch pie plate. 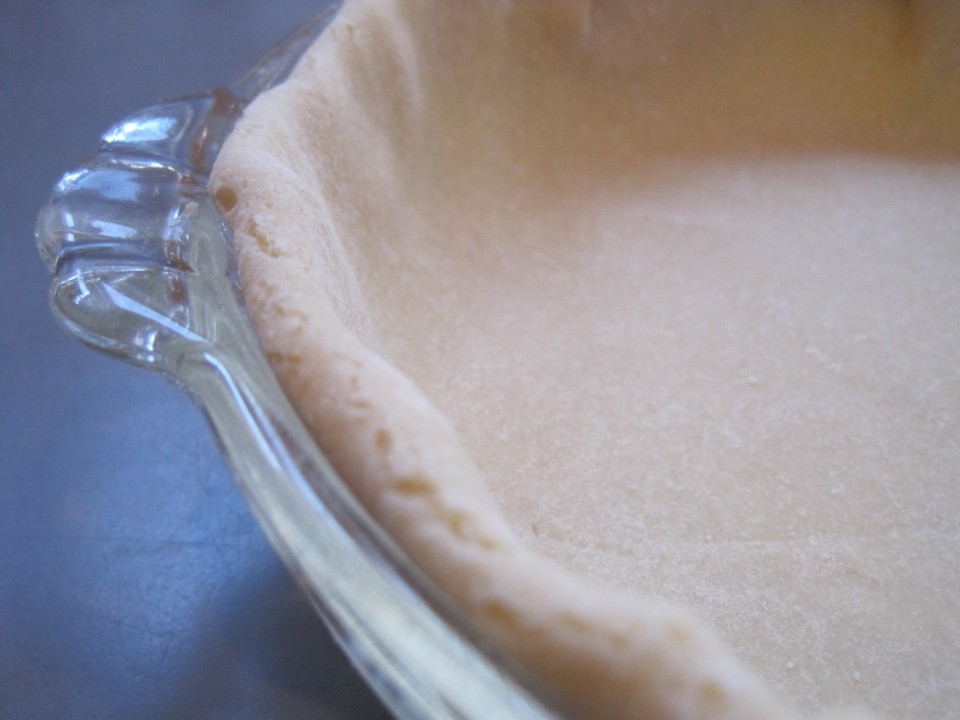 Line the inside of the crust with a piece of foil and fill the foil with dried beans or pie weights. 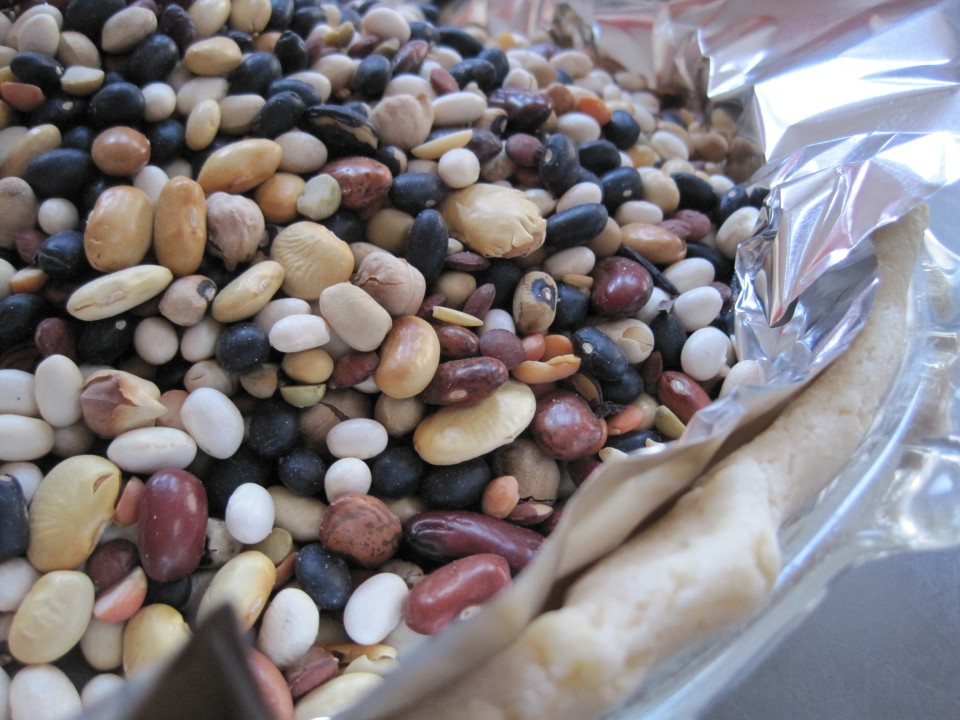 Bake the crust blind (without quiche filling) for 15 minutes.  Remove the foil and pie weights and set the crust aside as you prepare the fillings.

(Note:  I have collected remainders of bags of dried beans, peas, and lentils over the past few years and now have a hefty bag of reusable pie weights.  Each time I finish par-baking a crust, I let the beans cool on the foil and then tip them back into their large ziploc bag for the next quiche or pie.) 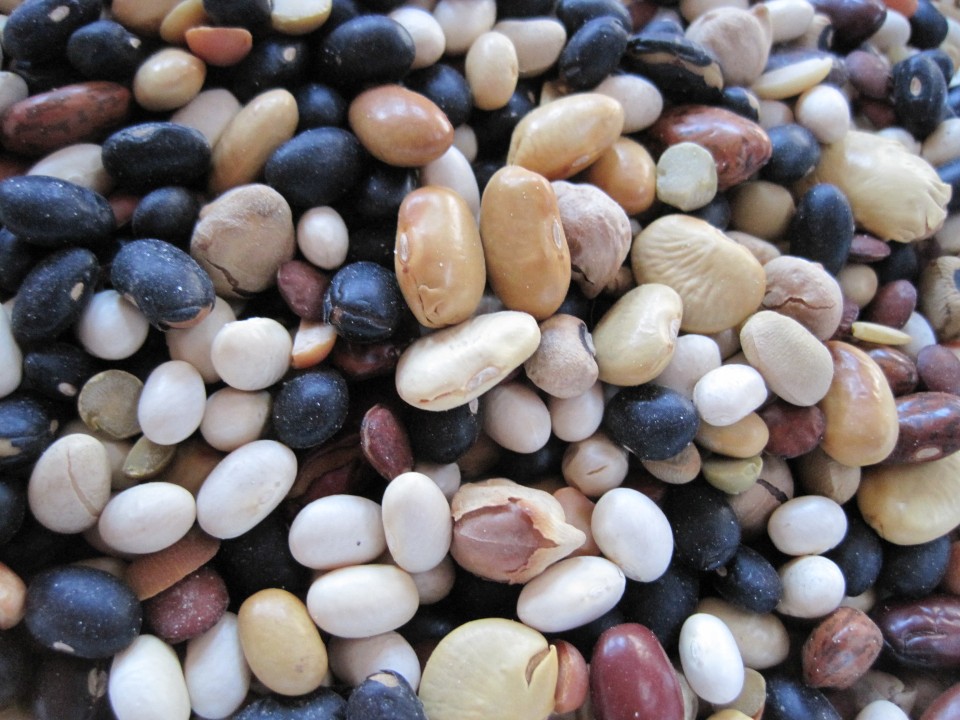 Cook the bacon pieces until crisp in a large skillet, and then remove them to a piece of paper towel to drain.  Discard most of the bacon fat from the skillet, leaving about 2 teaspoons.  Chop the scallions and cook these in the fat until softened.  Add the cup of peas (if using frozen, do not defrost) and stir to coat.  Cover, reduce the heat, and let the peas cook for a couple of minutes.  After two minutes, check them for doneness.  They should be tender with a little crispness and a bright green color.  Remove the scallions and peas to a plate. 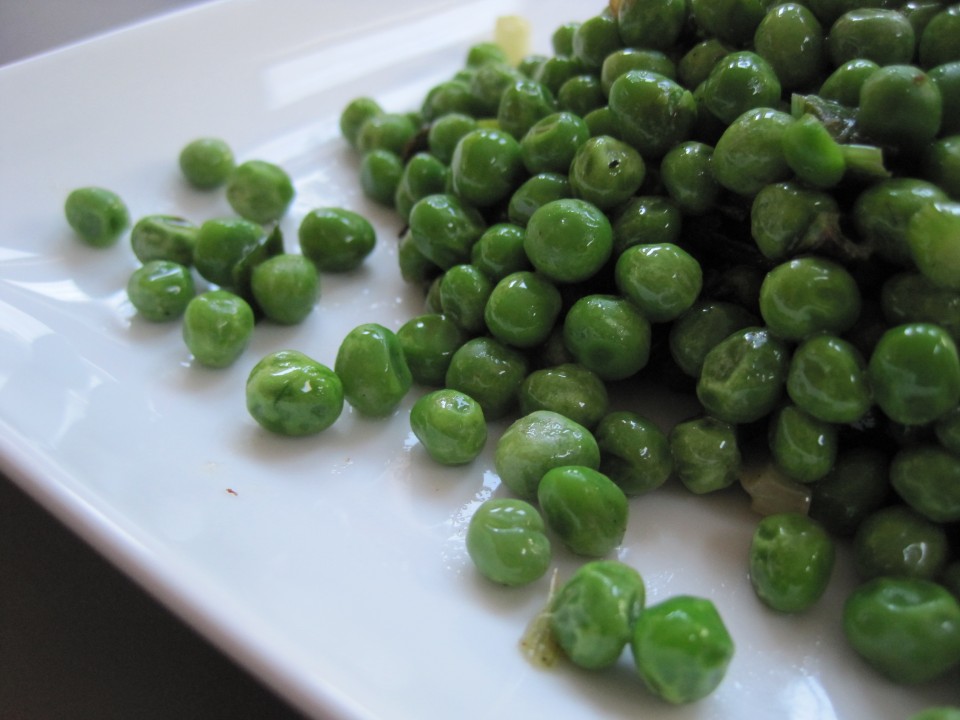 Shred the cheese using fine holes on the grater. 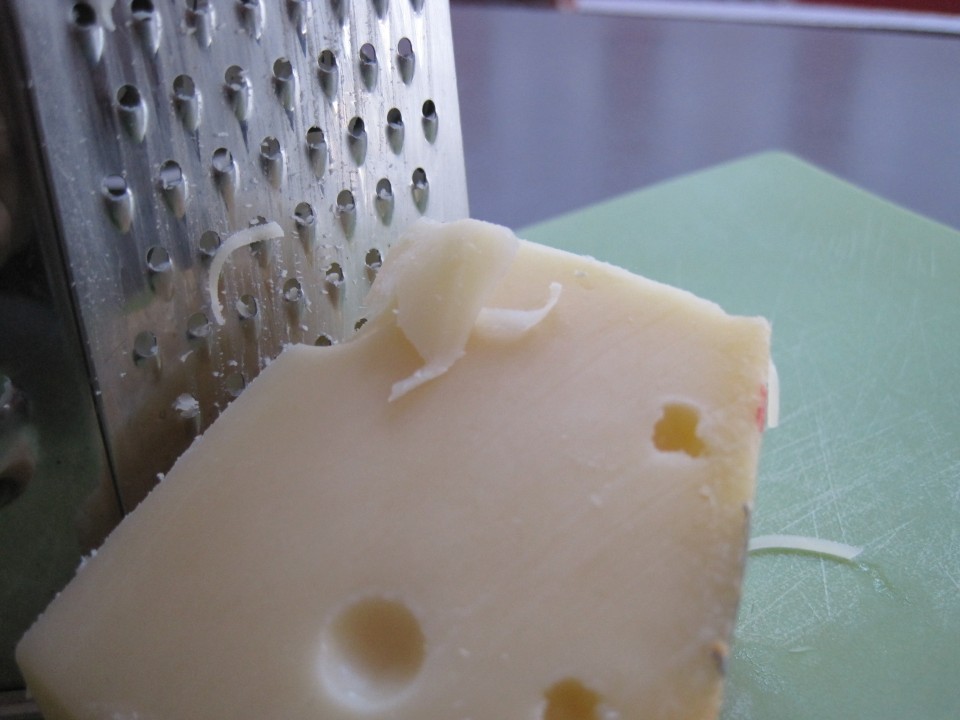 Begin to assemble the ingredients into the partially baked pie shell. 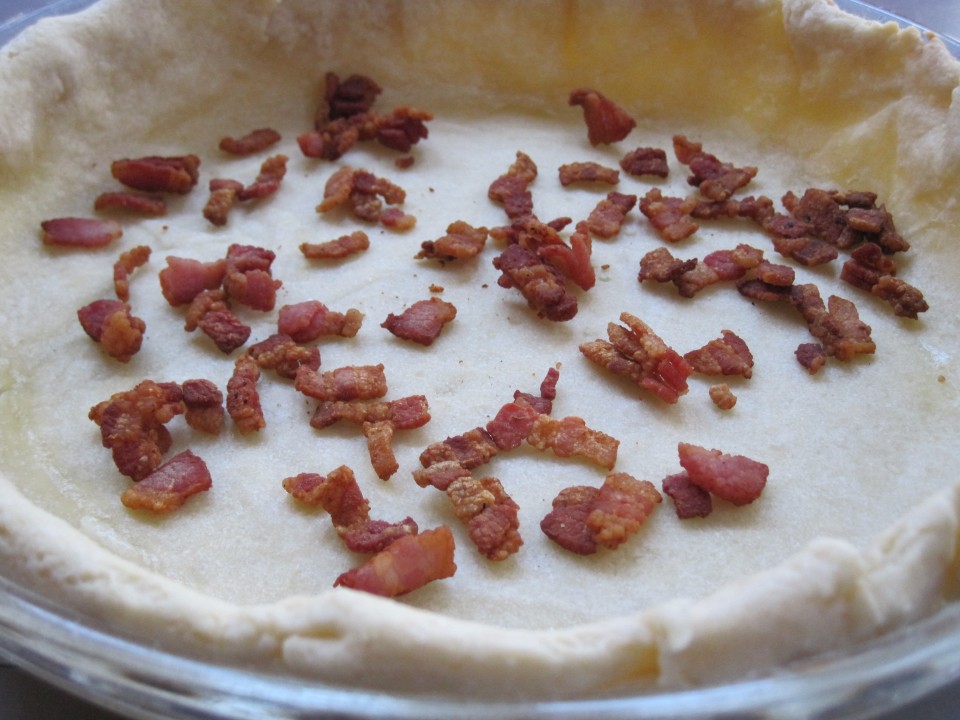 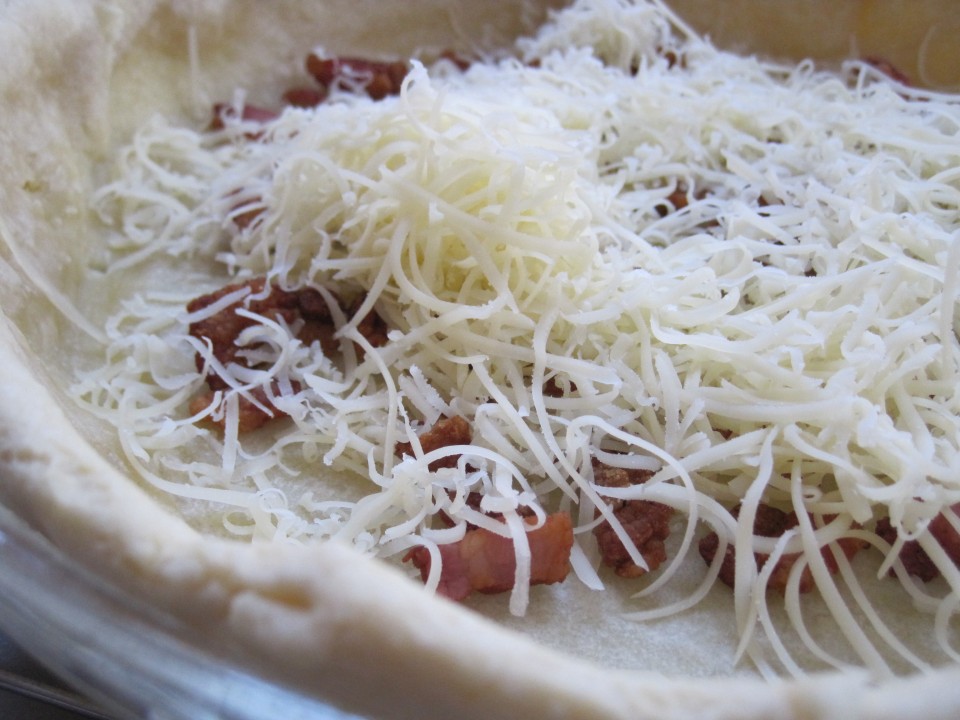 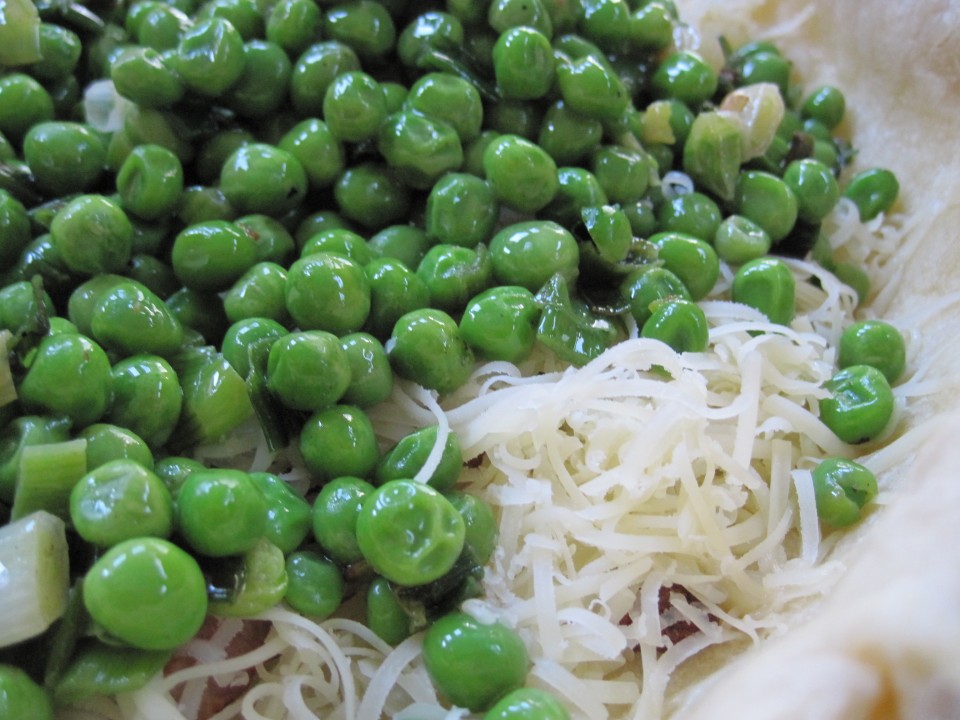 Break the eggs into a medium mixing bowl.  Whisk to blend.  Add the cream, milk, salt, pepper, and grated nutmeg. 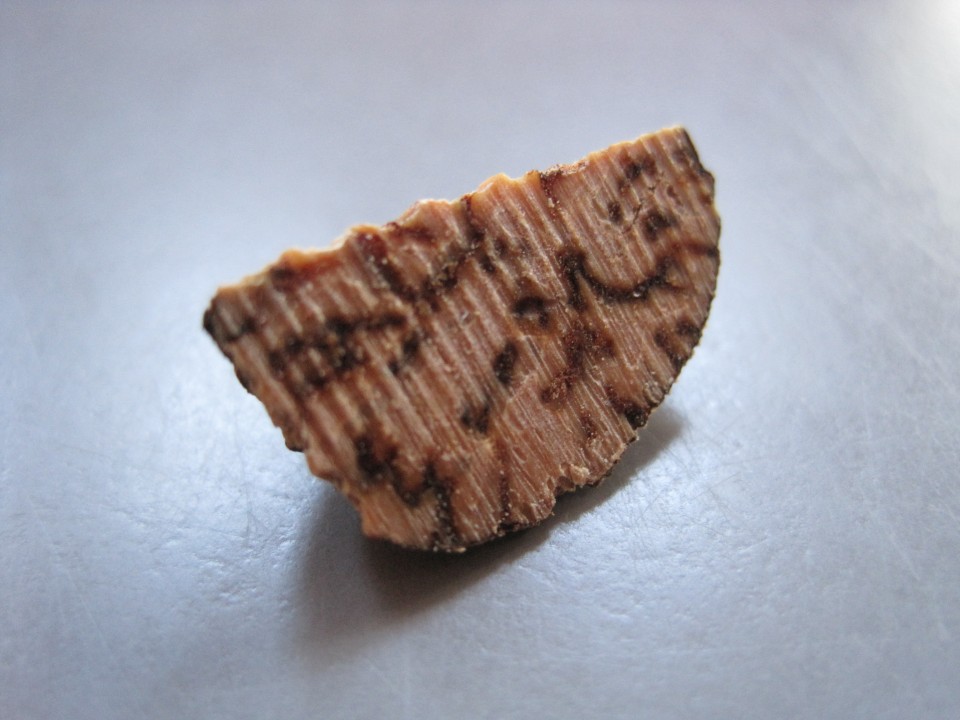 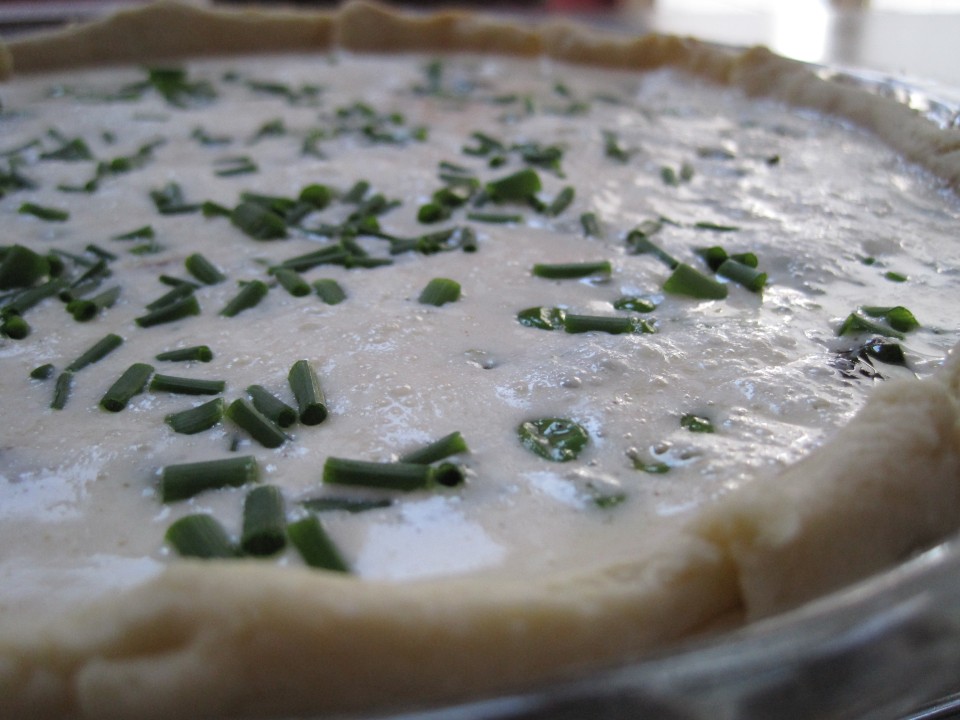 Place the unbaked quiche in the 425-degree oven and bake for 10 minutes.  After 10 minutes, reduce the heat to 350 and bake for 35-4o minutes longer, or until quiche is golden brown and puffed, and the center is still wiggly but set.  Serve hot, warm, or at room temperature. 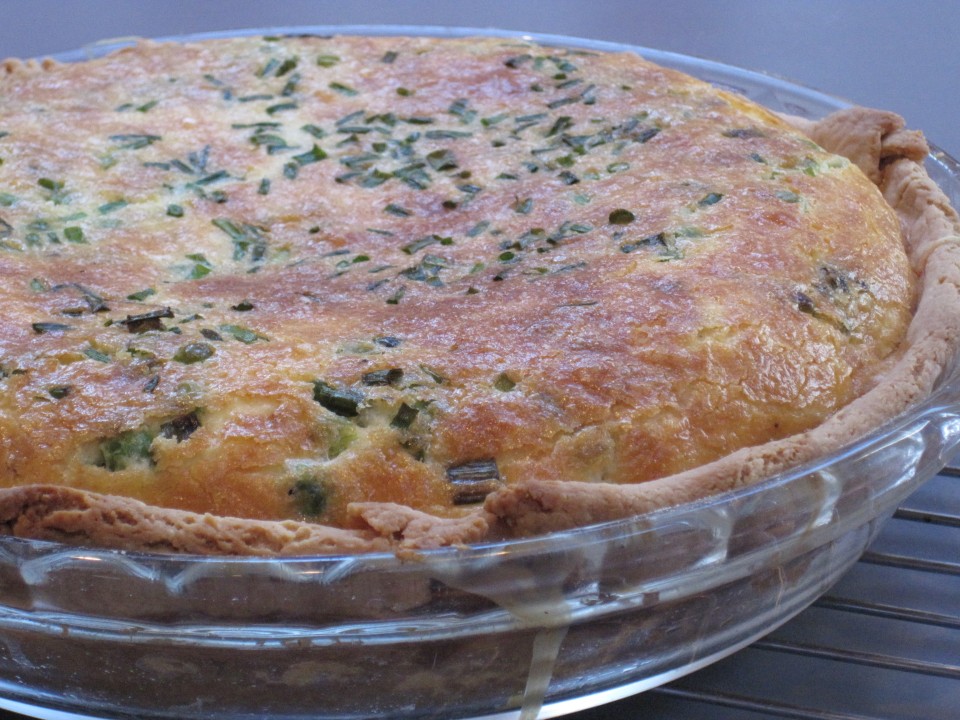 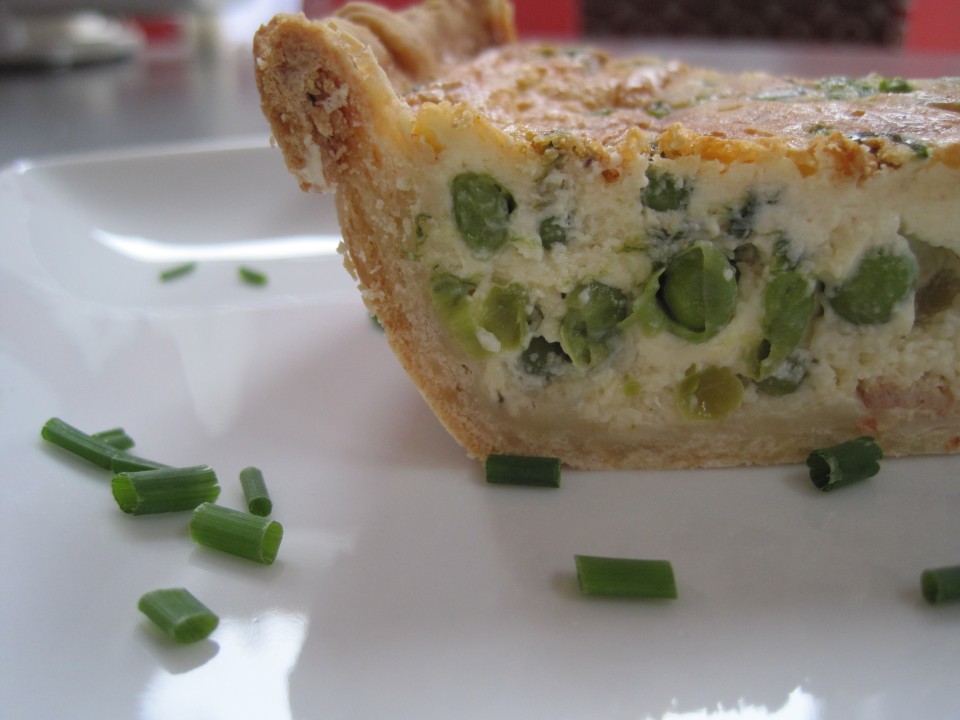 ← The Weird and the Wonderful
North Shore Picks of the Weekend, April 1-3 →

10 thoughts on “Mildred Pierce, Pies, and Me”